On a sunny Friday afternoon in August, I drove from my home in Burlingame, a small suburb about 17 miles south of San Francisco, to Golden Gate Park. Gold Gate Park is the largest park in San Francisco, spanning several square miles in the northwestern half of the city. As the park includes several museums, miles of walking and bicycling trails, and many gardens, there is always something new to discover and photograph.

Dahlia: A Diverse and Vibrant Flower

During this trip to the park, I was fortunate to have visited the Dahlia Garden. This garden includes dozens of varieties of Dahlia, a perennial flowering plant that originates from Mexico1. I was surprised by the various colors (orange, yellow, red, pink, etc.) and sizes (small to large) that this plant’s flowers have been selectively grown to produce. The Dahlia’s diverse styles of flowers are quite amazing, and they often appear to have come from different plants entirely. This garden featured nearly every type of Dahlia from the more than a dozen varieties that are grown.

History and Origins of the Dahlia Garden in San Francisco

After conducting a quick search, I learned that the Dahlia is the official flower of San Francisco, earning this status in the early twentieth century2. The Dahlia Garden was officially established in the 1920s, and it has had an active presence for more than 80 years near the Conservatory of Flowers3. The garden is largely maintained by a group of dedicated volunteers.

Planning Your Visit to the Golden Gate Dahlia Garden 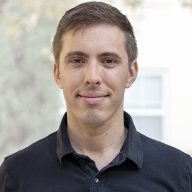